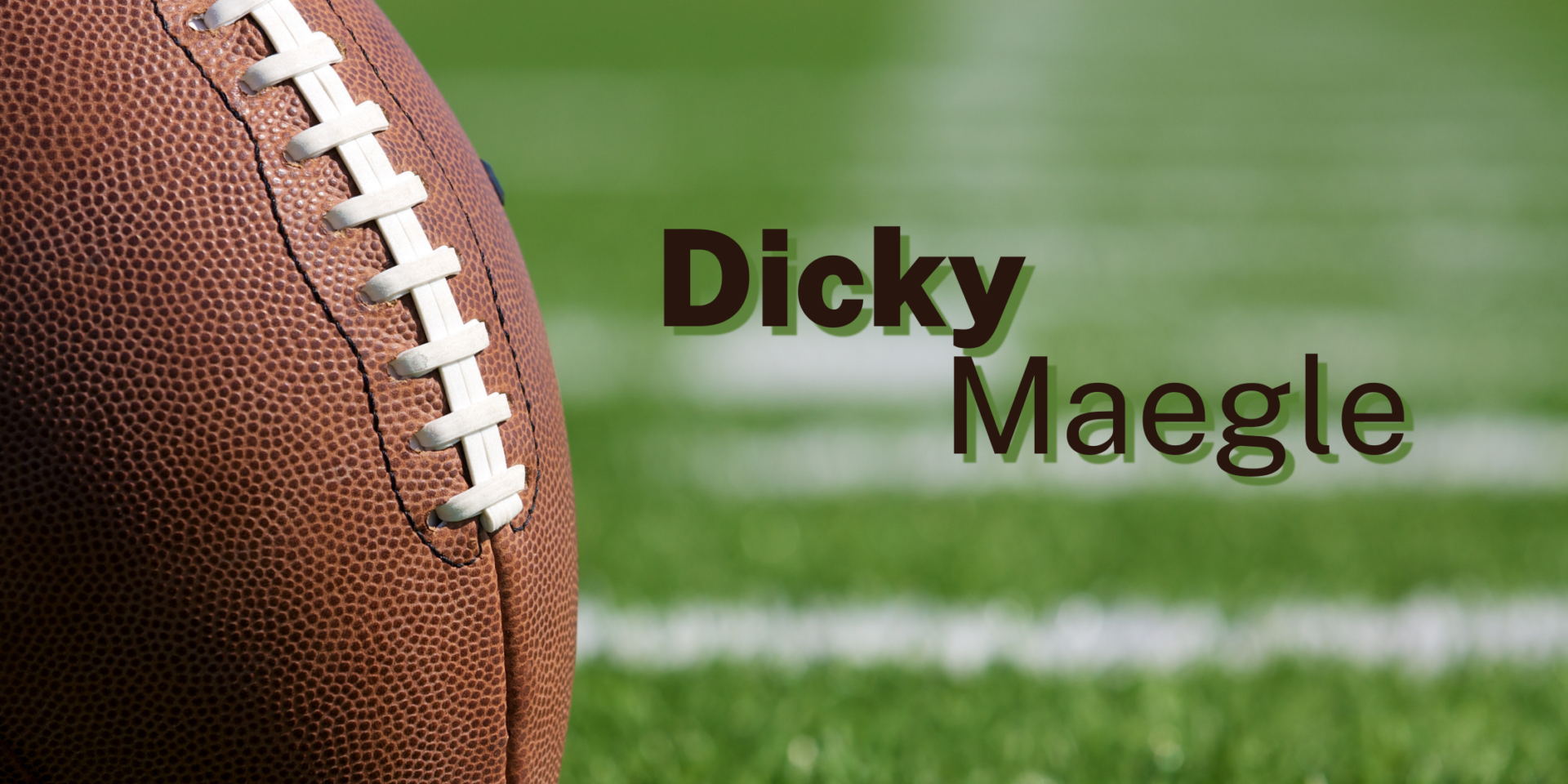 It was perhaps the most bizarre play in the history of college football. Rice University squared off against mighty Alabama on January 1, 1954, in the Cotton Bowl. Dicky Maegle was an All-American halfback for Rice. Taking the ball at his own five-yard-line, he broke free along the Alabama sideline. As he passed the 50-yard-line, an Alabama player on the sideline by the name of Tommy Lewis had seen enough.

Lewis burst onto the field, taking Maegle to the ground. Because no other Alabama players were near Maegle at the time, the referee ruled it a touchdown. Rice went on to win, 28-6, and Maegle would be a first round draft pick and All-Pro player for the NFL. But he would forever be known by that one play in 1954.

On July 4, Dicky Maegle died a quiet death at his home in Houston, at the age of 86. He accomplished much in his life – elected to four Halls of Fame, successful hotel owner, NFL broadcaster. But he will forever be remembered by that single play nearly 68 years ago.

Many of us are better known for “one play” than for everything else we accomplish in life. You may be running free, with the goal line in sight. But you can be taken down by an opponent you never saw coming.

Recovery Step: “Take heed, lest you fall” (1 Corinthians 10:12). One fall shouldn’t define you, but for some, it can. Just ask Dicky Maegle.