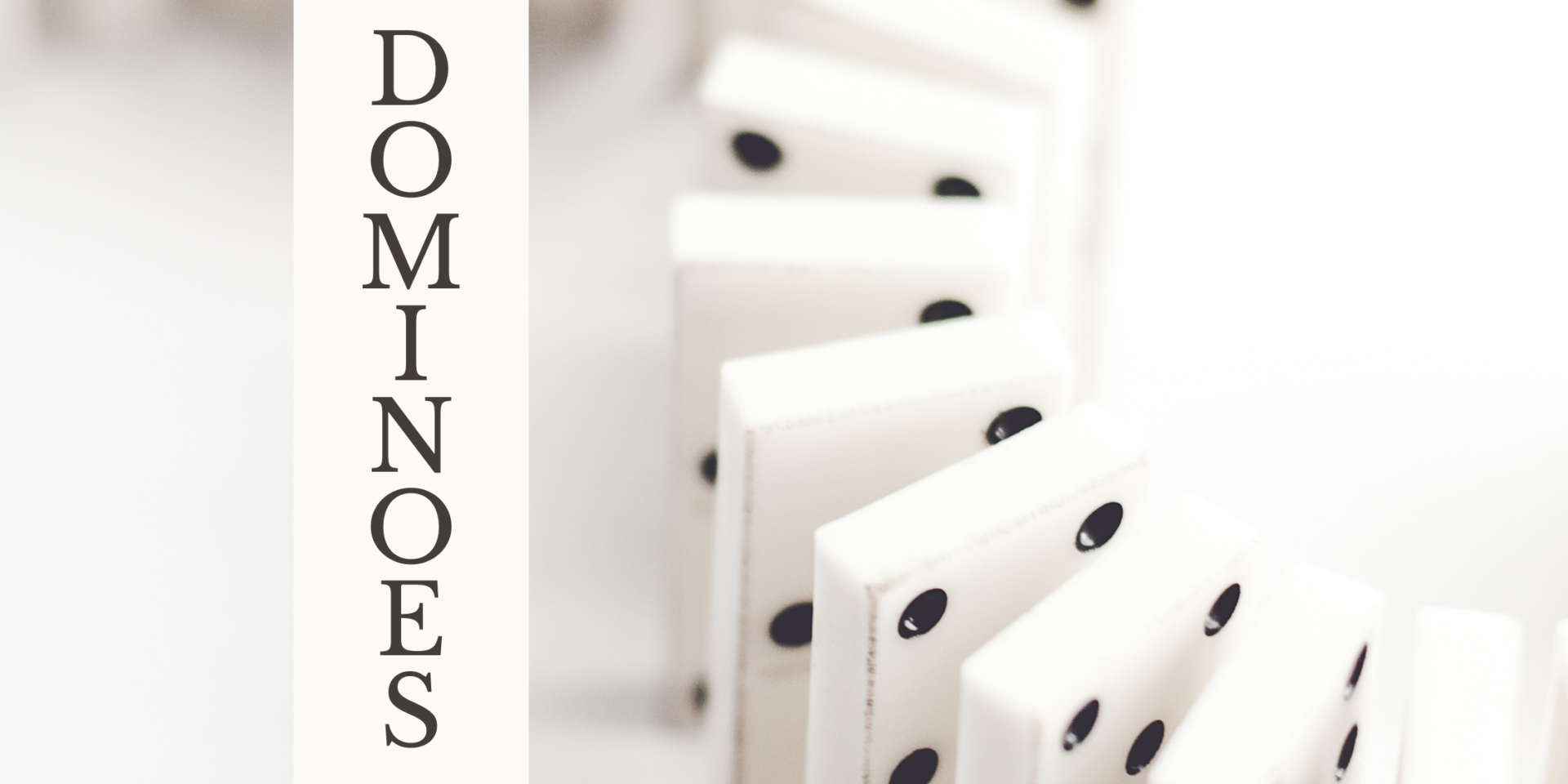 In 1974, Bob Speca was a sophomore at Marple Newton High School in Broomall, Pennsylvania, when he bought his first two boxes of dominoes. He was instantly intrigued by the science of stacking them – by the hundreds – side by side. In an appearance on The Tonight Show, Bob set the world record by toppling 97,500 dominoes.

A physicist named Lorne Whitehead took an interest in the domino chain reaction. He discovered that a domino is capable of toppling over another domino that is a time and a half its size. Thus, a two-inch domino can knock over a three-inch domino. Whitehead did the math and found that based on this principle, by the 18th domino, you could knock over the Leaning Tower of Pisa.

It takes very little effort to knock down the first domino. You are capable of more than you can imagine.

In recovery, just focus on knocking down the next domino. You will find that the momentum attained by doing the next right thing will have far-reaching effects beyond your most optimistic expectations.

Recovery Step: “Whatever you do, do it heartedly” (Colossians 3:23). You can win the battle for sobriety – one domino at a time.

It’s How You Finish
September 30, 2022
Recent Articles
Categories
Get in Touch
Go to Top