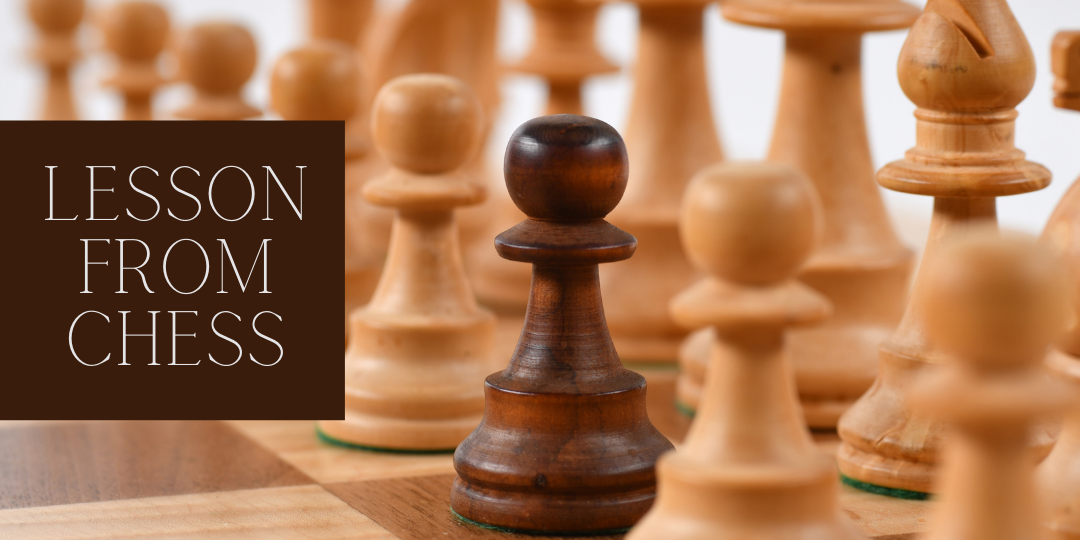 Some play football. Others play basketball, baseball, or hockey. But real men play my sport.

I was pretty good in my day (Houston high school champion, 1977). So bear with me while I quote an international chess champion.

Savielly Tartakower was the Polish chess champion and a gold medal winner of the 1931 Chess Olympiad (equivalent to world champion today). When asked the key to winning at chess, he said, “Victory goes to the player who makes the next-to-last mistake.”

Considered the greatest chess champion from 1930-1950, Tartakower held a winning record against every grand master he faced. Against American champion Frank Marshall, Tartakower was said to have played “the perfect game.” One person in attendance that day disagreed – Tartakower. He said there were no perfect games.

I love that statement: “Victory goes to the player who makes the next-to-last mistake.” In recovery, I have observed two things.

Recovery Step: Moses promised, “God will direct you, and you will be able to endure” (Exodus 18:23). If you don’t quit.