The Night Before Jesus Came 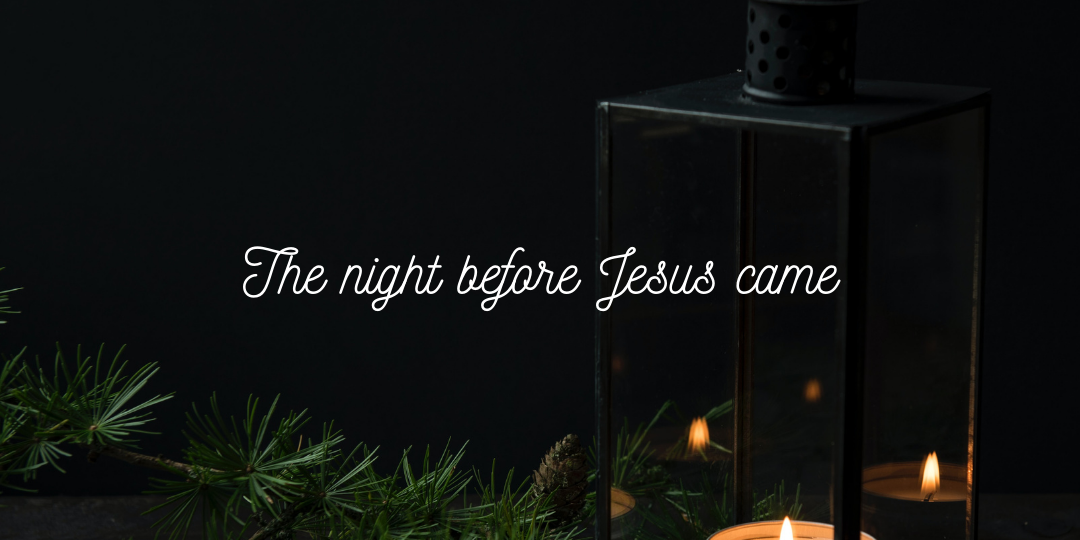 ‘Twas the night before Jesus came; all through the house

Not a creature was praying, not one in the house.

Their Bibles were lain on the shelf without care

In hopes that Jesus would not come there.

The children were dressing to crawl into bed,

Not once ever kneeling or bowing a head.

And Mom in her rocker with baby on her lap

Was watching the Late Show while I took a nap.

When out of the East there arose such a clatter,

I sprang to my feet to see what was the matter.

Away to the window I flew like a flash,

Tore open the shutters and threw up the sash!

When what to my wondering eyes should appear

But the angels proclaiming that Jesus was here.

With a light like the sun sending forth a bright ray

I knew in a moment this must be the day!

The light of His face made me cover my head.

It was Jesus, returning just like He had said.

And though I possess worldly wisdom and wealth

I cried when I saw Him in spite of myself.

In the Book of Life which He held in His hand

Was written the name of every saved man.

He spoke not a word as He searched for my name;

When He said “It’s not here,” my head hung in shame.

The people whose names had been written with love,

He gathered to take to His Father above.

With those who were ready He rose without a sound

While all the rest were left standing around.

I fell to my knees, but it was too late;

I had waited too long and this sealed my fate.

I stood and I cried as they rose out of sight;

Oh, if only I had been ready tonight.

In the words of this poem the meaning is clear;

The coming of Jesus is drawing near.

There’s only one life and when comes the last call

We’ll find that the Bible was true after all!